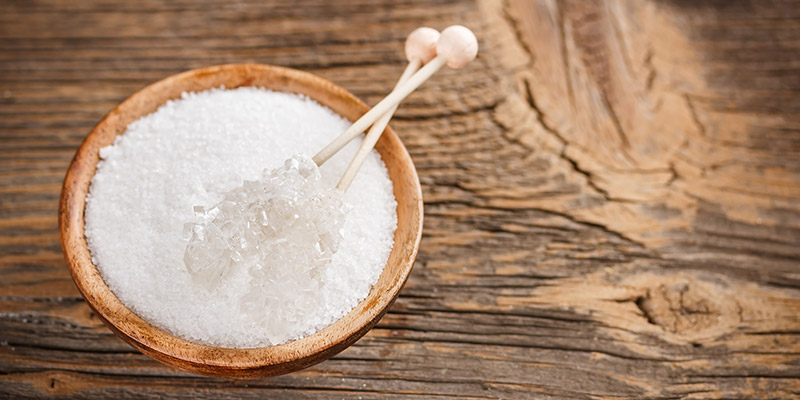 There seems to be a lot of misconception about the differences between corn and birch xylitol and which of the two is better. We hope to give you some insight in this article.

There are many marketing myths about how the plant source, corn vs. birch, of xylitol impacts the end product, but any scientist worth his sweetener will tell you there’s no molecular difference in the harvested end product with regards to its source – be it corn or birch. Xylitol is exactly the same across the board.

Some people have indicated they prefer birch xylitol over the corn xylitol because they have a corn intolerance. However, in the production process when the corn product is finished, there are no proteins left over to provide any allergen that may cause a corn-based reaction. This, however, makes it a matter of personal choice.

The cost of the production of the birch product is quite a deal more expensive and the product is not as easily renewable as corn is, which is why the end cost to the consumer is higher.

Books have been written, people and companies have shared opinions claiming that birch xylitol is superior to corn xylitol, the source is actually from the corn cob, not the kernel. They claim it has greater health benefits, or that it is more potent. However, from scientific research, there appears to be only two major differences between these sources: environmental impact and price.

Corn cobs are a renewable resource as they are the waste from the production of the corn kernels. When the demand for a natural sugar substitute increased in Asia, the overwhelming choice of a raw material was a renewable source that was available in larger quantities and more economical than tree bark: corn cobs. The lack of a sufficient supply of tree bark and the high cost and complexity of processing it caused China to begin production of xylitol using corn cobs from the regions where corn had been grown by subsistence farmers for many generations. Factories were built in these regions, and they provided additional income for these farmers by purchasing the corn cobs that would have otherwise been discarded as waste. The technology for these factories was made available from Europe and the USA.

Birch xylitol requires harvesting the bark from birch trees. This in effect is killing the tree, which means that the tree will be cut down. The birch tree is not a good renewable resource. Even though it can be regrown, it takes about 15 years before a tree can be harvested. As long as the trees are not being sprayed with any pesticides, the bark could be considered organic. It is unknown what is done with the actual tree trunk, but is assumed it is being used for other industrial purposes.

The actual extraction process is also different. The corn cob source uses a natural ion-exchange interaction of hydrogen, hydrochloric acid, and steam. The wastewater from this process can be used in other farming practices as soil nourishment. The birch bark source xylitol uses the same process but uses sulfuric acid in place of hydrochloric acid. This creates a waste product which is not suitable to be reused.

Again, it really just boils down to personal choice, xylitol is xylitol, whatever the source is.

Enjoy a read or two and get inspired to live a healthier lifestyle. Check out our most recent articles, guides, meal plans and recipes.

Are You On The Fence About Sugar Consumption?

Nutrition Is Not A One-size Fits All

This website uses cookies to improve your experience while you navigate through the website. Out of these cookies, the cookies that are categorized as necessary are stored on your browser as they are essential for the working of basic functionalities of the website. We also use third-party cookies that help us analyze and understand how you use this website. These cookies will be stored in your browser only with your consent. You also have the option to opt-out of these cookies. But opting out of some of these cookies may have an effect on your browsing experience.
Necessary Always Enabled
Necessary cookies are absolutely essential for the website to function properly. This category only includes cookies that ensures basic functionalities and security features of the website. These cookies do not store any personal information.
Non-necessary
Any cookies that may not be particularly necessary for the website to function and is used specifically to collect user personal data via analytics, ads, other embedded contents are termed as non-necessary cookies. It is mandatory to procure user consent prior to running these cookies on your website.
SAVE & ACCEPT
Have no product in the cart!
0