Should I Go Gluten-free? 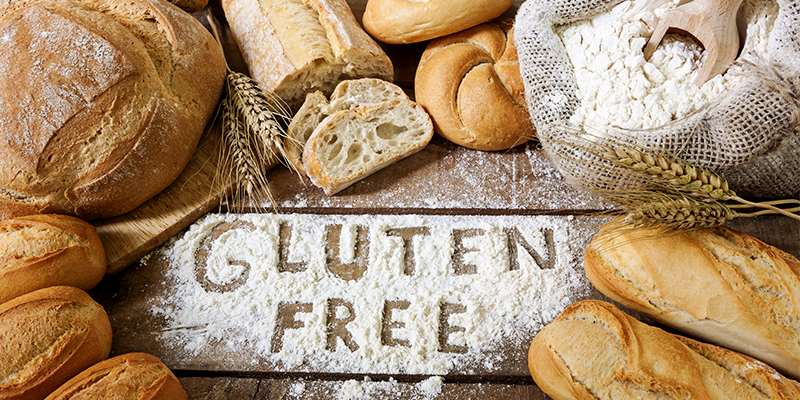 As awareness of the benefits of excluding certain food groups continues to increase, in this article we take a look at why a Gluten-free diet might be the best choice for you.

Gluten consists of 2 proteins, Gliadin & Glutenin. These proteins are what give dough its elastic properties, which allow bread to rise and hold at the same time.

For people with celiac disease, the most severe form of gluten sensitivity, the immune system attacks the gluten proteins, and it also attacks an enzyme in the cells of the digestive tract called tissue transglutaminase.

This immune reaction can cause degeneration of the intestinal wall, which leads to nutrient deficiencies, various digestive issues, anemia, fatigue, failure to thrive, as well as an increased risk of many serious diseases.

Celiac disease is believed to afflict about 1% of people, but it may be more common (over 2%) in the elderly. There are also studies showing that the rate of celiac disease is increasing rapidly in the population. This is partly because a large percentage of Celiac’s don’t have obvious symptoms, making the symptoms manifest themselves in different ways, like fatigue and anemia.

Whilst there is no clear definition of gluten intolerance, it basically means having some sort of adverse reaction to gluten. Many of the symptoms are similar to those in celiac disease, such as bloating, stomach pain, fatigue, diarrhea, as well as pain in the bones and joints.

Unfortunately, because there is no clear way of diagnosing gluten sensitivity, reliable numbers on how common it is are impossible to find. The only true way of knowing is by eliminating gluten temporarily from your diet, then reintroducing it to see if you have symptoms.

Be Discerning About Your Gluten-free Diet

The majority of foods containing gluten tend to be processed cakes, bread, and biscuits. But, it is important to not just swap these processed foods for Gluten-free processed foods. Gluten Free Pizza may not be healthier than normal pizza.

Also important to note that some Gluten-free foods contain less fibre than their Whole Wheat counterparts, so it’s important to choose your gluten-free alternatives carefully!

Whatever methods you employ to create more health in your life, be sure to take the time to educate yourself on the food you consume and be discerning about the nutritional lifestyle you adopt.

We will always do our best at Nature’s Choice to support you with products that will make your life easier and of course tastier.

Enjoy a read or two and get inspired to live a healthier lifestyle. Check out our most recent articles, guides, meal plans and recipes.

Nutrition Is Not A One-size Fits All

Are You On The Fence About Sugar Consumption?